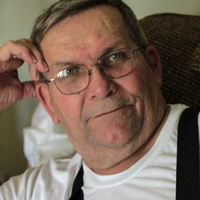 Joseph "Joe” Lloyd Tooley, age 75, of Sioux Falls formerly Worthing, SD, went home to Our Lord July 1, 2020 at the VA Medical center, Sioux Falls, where he resided for the last nearly eight years. Mass of Christian Burial will begin at 10:00 a.m. Tuesday, July 7, 2020 at Holy Spirit Catholic Church, Sioux Falls. Visitation will begin at 5:00 p.m. with the family present, Monday at George Boom Funeral Home & On-Site Crematory with the Holy Rosary and Liturgical Prayer service at 7 p.m. Both the Liturgical Prayer Service and Funeral Mass will be available to view online, please check back for a link to these events.

Joe was Born on July 23, 1944 in Beresford, SD to Lloyd E. and Cecilia (Vondrachek) Tooley, and was 7th born of 15 kids.  He grew up in Beresford, contributing his portion to the legacy of the Tooley boys.  Joe enlisted in the Army in August of 1962 and was honorably discharged in May, 1970.  Over the course of his service, he was stationed in Germany, Korea, and Vietnam where he served in the Signal Corps and as a drill instructor.  Joe was united in marriage with Kathryn Faye Murray on September 26, 1970 at St. Mary Catholic Church in Sioux Falls, SD. Joe and Kathy were blessed with four children while Joe worked at Terrace Park/Lakeside Dairy as a mechanic until his retirement in 1995.  The couple made their home in Worthing, later moving to Sioux Falls.

Joe was a member of the VFW, and was a Knight of the 4th degree in the Knights of Columbus.

Joe enjoyed fishing, collecting coins, visiting local casinos, and in his younger years, hunting.  Above all, Joe loved spending time with his family.

Joe was preceded in death by his wife, Kathy on April 14, 2015; his parents, siblings, Jerry Tooley, Mary Jo Tooley and Lawrence "Butch” Tooley.