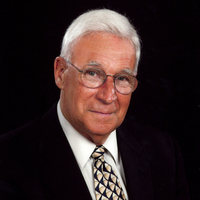 Eugene Roger Tornow was born on July 18, 1934 in Sioux Falls, SD to Carl and Adeline (Langerock) Tornow.  He was raised and received his education in Sioux Falls, graduating from Washington High School in 1952.  Gene then attended USD in Vermillion until enlisting into the United States Marine Corps on February 10, 1953.  Gene proudly served in the Marine Corps until his honorable discharge on February 9, 1957.  Gene then returned to Sioux Falls, SD and was united in marriage with Rose Marie Blair on August 10, 1957 in Epiphany, SD.  Gene and Rose Marie made their home in Sioux Falls and were blessed with three sons, Steve, Mike and Jeff.  Gene spent nearly forty years working as a Lineman and then Line Crew Foreman at Northern States Power, retiring in 1996.

Gene's greatest pleasure was his wife, three sons, their families and all of his grandchildren.  He also enjoyed hunting & spending time with friends and neighbors.  Gene especially enjoyed being a Eucharistic Minister at St. Mary's Parish.

Gene was preceded in death by his parents, Carl and Adeline Tornow; one brother, Marvin Tornow; brother-in-law, Bob Briggs and his special aunt, Ann VanEnter.